Apple has filed eight solar patents over the last few years and also hired a thin films engineer with experience in the solar industry.

So will the Apple iPhone 6 include solar power or a solar panel for the back of the phone? We'll have to wait for the announcement from Apple but we can guarantee that the solar panels for a iPhone 6 will have to be a lot smaller than the ones in the photo below!

The University of Sheffield and University of Cambridge have also created solar cells that you can spray onto surfaces including windows, car roofs, and buildings. The aim is to provide low-cost solar technology for developing countries and could drive more innovative applications. 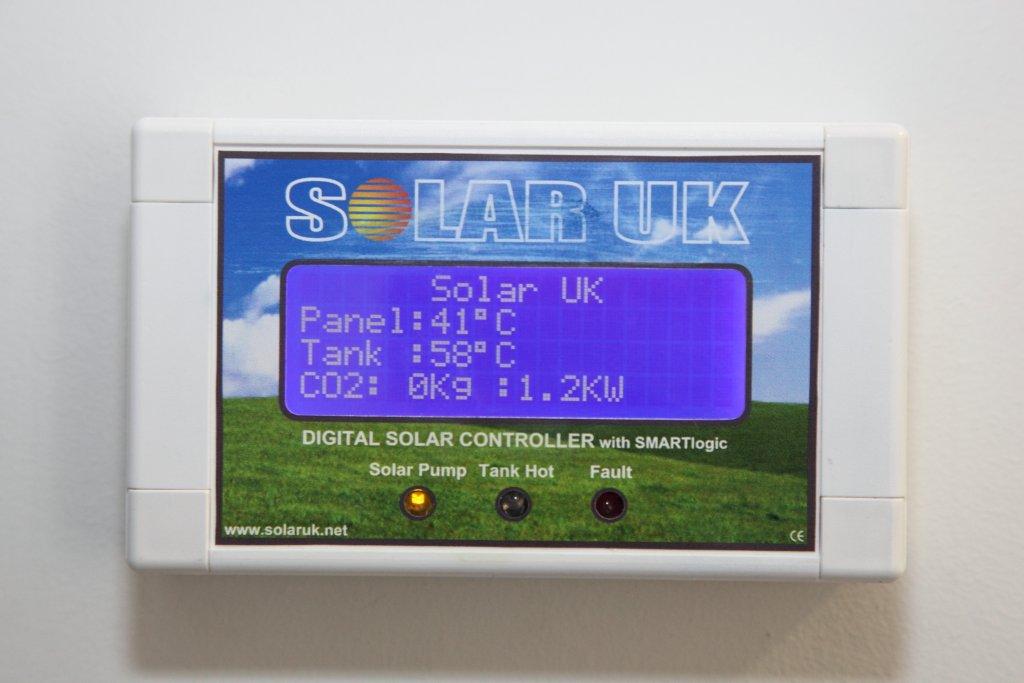 http://www.techrepublic.com/article/10-ways-alternative-energy-is-about-to-change-the-way-tech-gets-powered/#.
Posted by J Drew at 01:09 No comments:

I've now setup pages to show the comparison for each month year by year so you can see the difference in solar electricity produced for the same month in different years.

You can see the difference between electricity produced each year and how much solar electricity was generated compared to previous years. Each month is available individually

What is Best Direction for Solar Panels to face in the UK to get maximum output?

I'm not sure how valid this research is and whether it will be backed up by further studies but it certainly ties in with our PV solar panels producing well above estimated amounts of electricity over the last 3 years. With the natural variation of sunlight you would need 2 sets of solar panels in the same location with identical setups to be able to compare outputs.

Our solar panels face SSW and 3kWp of solar PV Panels have generated over 3000kWh of electricity each year compared to the estimates of around 2400kWh per year.

Sunny Boy inverter has no display visible or bluetooth connection?

We have now had our solar panels operating for two full calendar years and some interesting details are emerging. Despite 2013 starting much worse than 2012, with very dull and cold weather at the beginning of the year, the overall electricity produced was higher than in 2012 with some new records set.

With the colder April and May than is usual the effect of temperature on solar panel electricity production became very apparent which with the lengthening days gave the impressive daily totals for April 2013.