The worst ever December generation for Dec 2021 has been followed by our best ever January which shows how the solar electricity generated can even out over the year with very poor months compensated by much better months afterwards. 2021 was still overall our worst month for solar but not as bad as it could have been. December along was around 50% of the average we've generated over the last 10 years and that was despite no snow - or possibly because we had no snow. The month was cloudy, wet and dull for most of the days so it made a very low out output month. 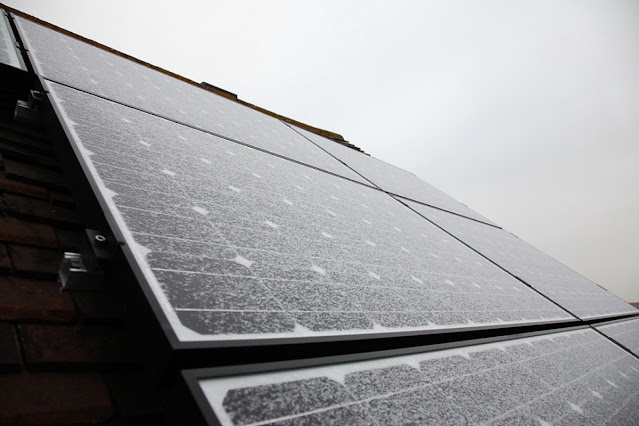 The highest day of generation was just over 7kWh which was also our lowest maximum for a December day in the last 10 years.

Luckily January more than compensated with 136kWh of power generated, some 30% above the average for the month.